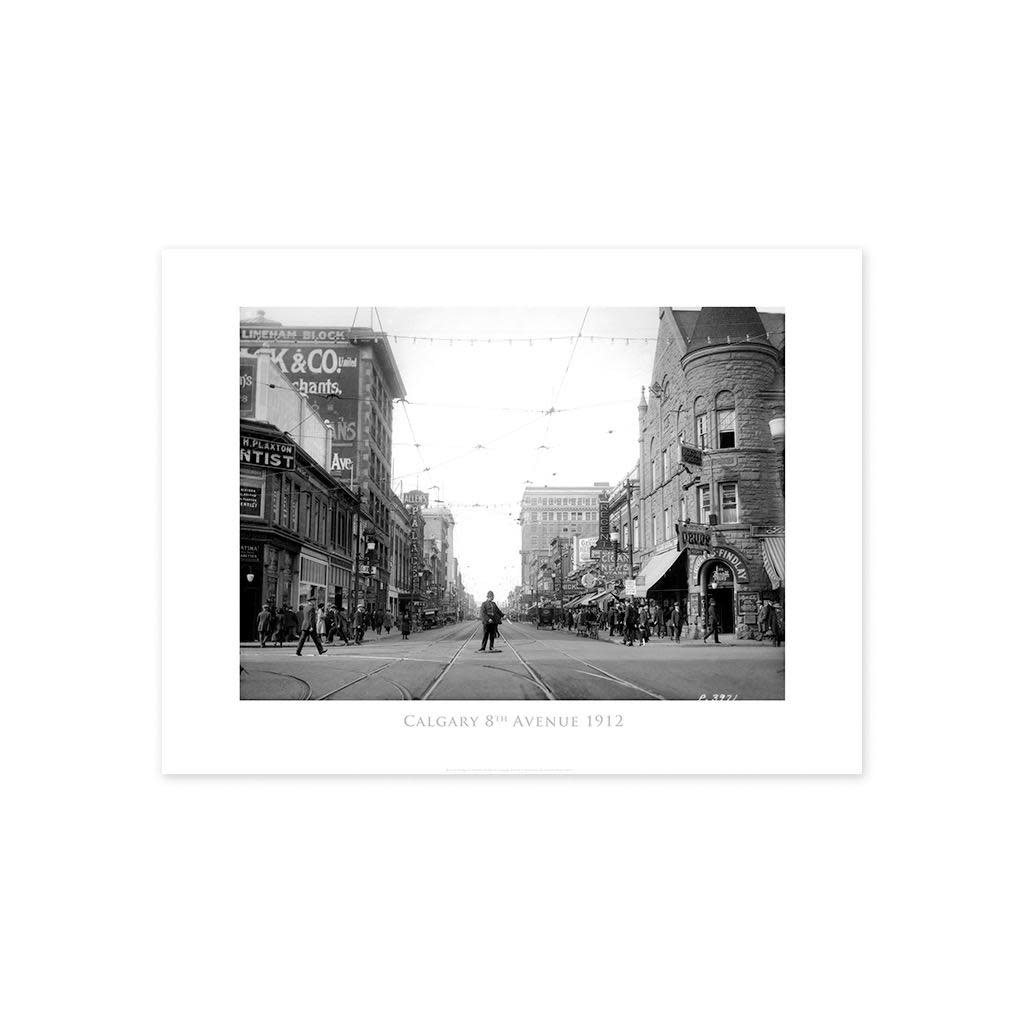 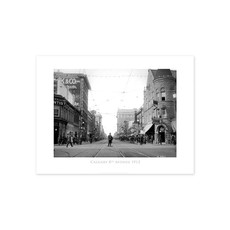 With their matching turrets on opposite sides of 1st Street S.W. at Stephen Avenue, Alexander Corner (featured on the right side of this print) and the Bank of Montreal helped define Calgary as the “Sandstone City” when they were built in 1889. Both were razed in 1929 for an expanded Hudson’s Bay store and a replacement bank (now a Goodlife Fitness Centre), respectively. 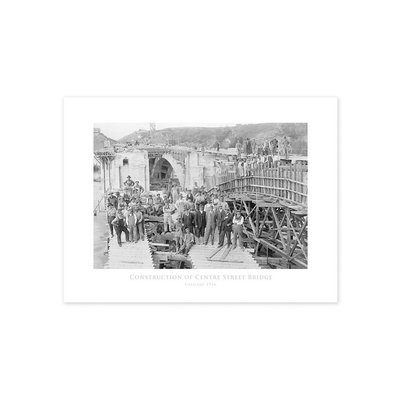 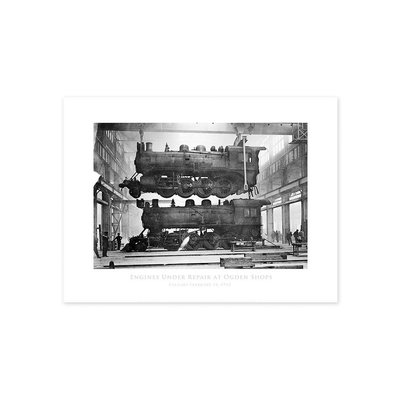 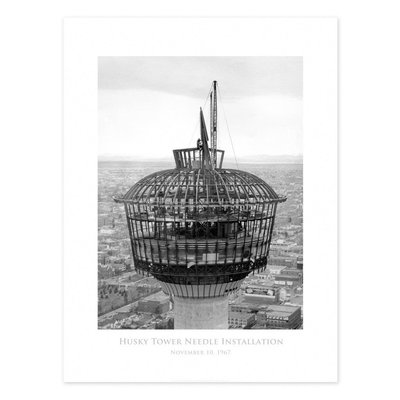