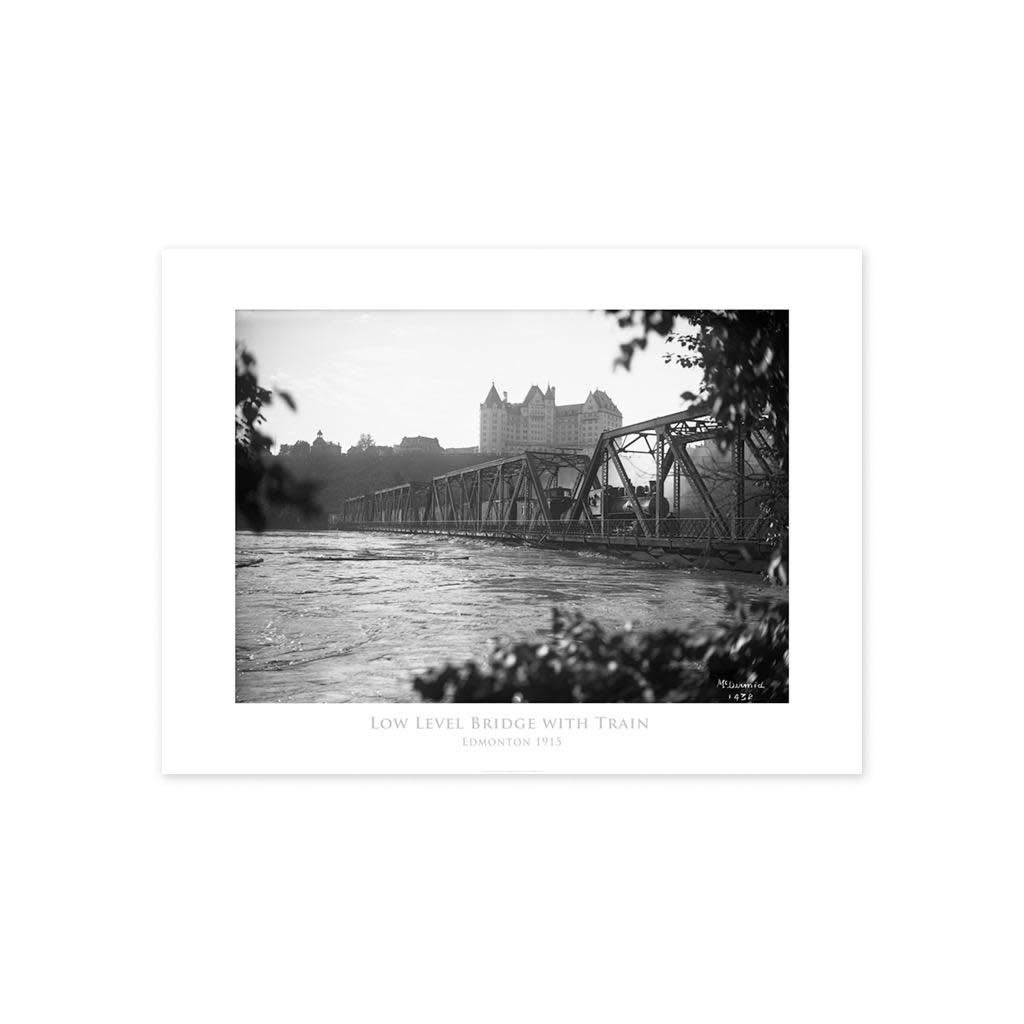 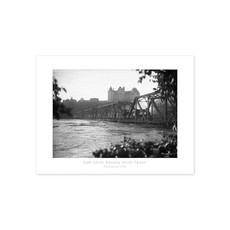 The North Saskatchewan River flood of 1915 was one of the largest floods in the history of Edmonton. On 28 June, the Edmonton Bulletin reported the river had risen "10 feet in as many hours." A frantic telegram from Rocky Mountain House alerted local authorities to the flood's arrival.

The Canadian Northern Railway had parked a number of train cars on the city's Low Level Bridge to protect against the debris that had been pushed up against its piers, including a house swept away by the current. Thousands of Edmonton residents watched the flood destroy lumber mills along the city's river valley. 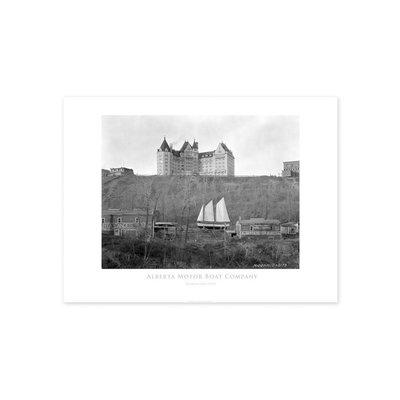 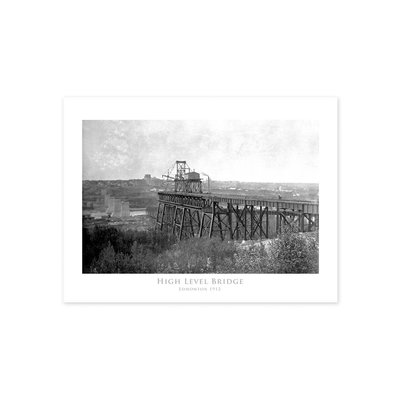 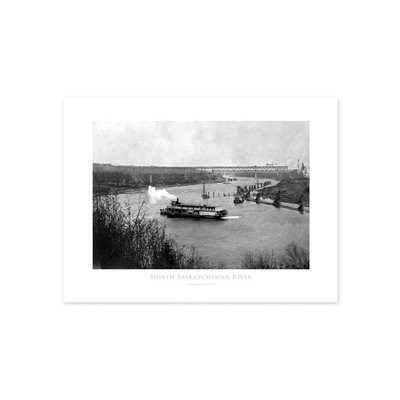 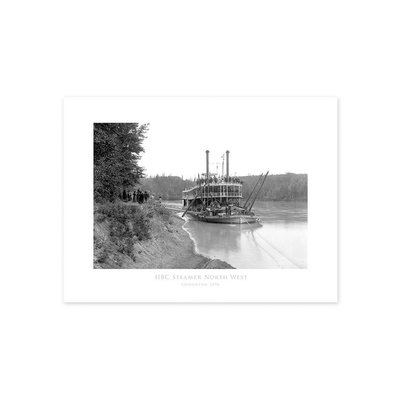 HBC Steamer North West at Edmonton 1896 Poster
C$69.00
Sign up for our newsletter