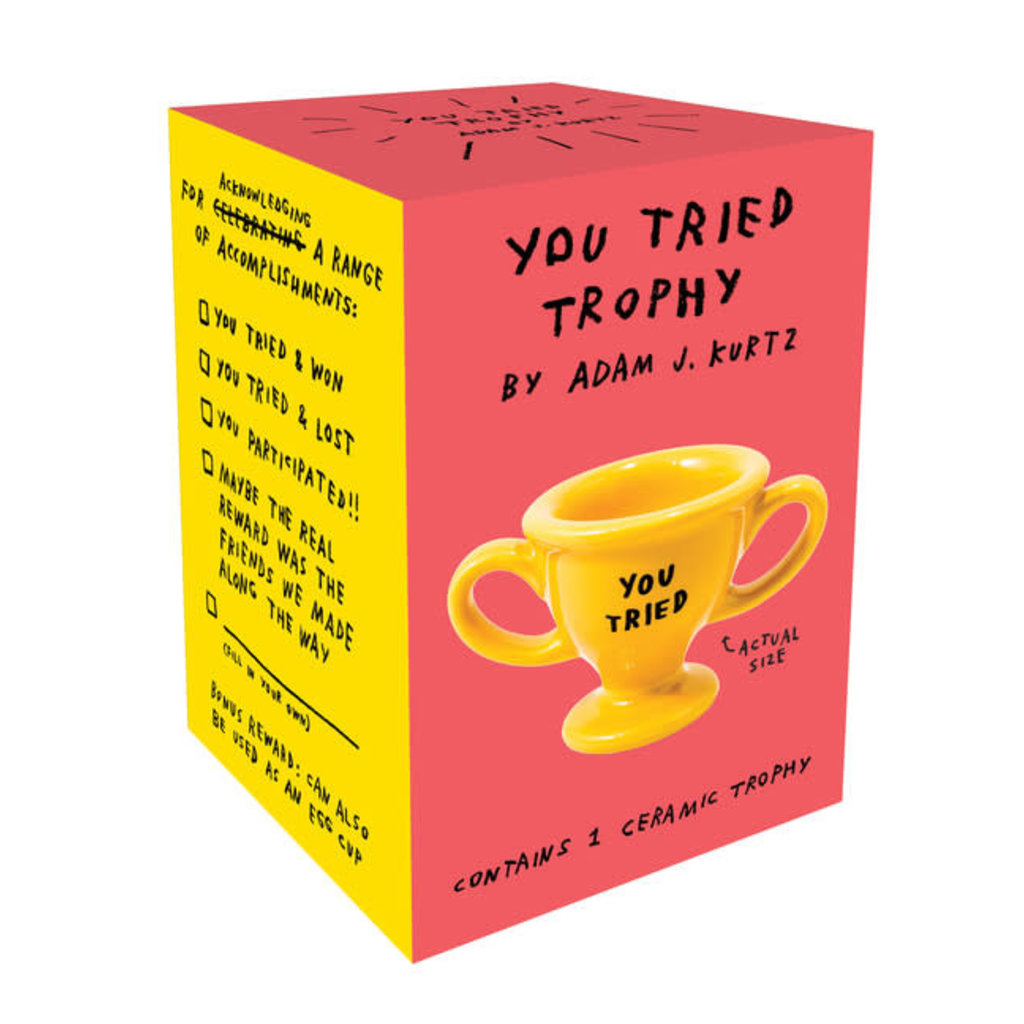 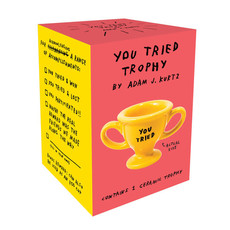 You may not have won, but at least you tried! This perfectly sized ceramic trophy offers acknowledgment of any effort, no matter how mediocre. Smart, snarky, and a little sentimental, it's a unique offering for just about any occasion.

• 1 yellow-glazed ceramic trophy displayed in a corrugated box
• Also includes Certificate of an Attempt Being Made:
FOR ACKNOWLEDGING A RANGE OF ACCOMPLISHMENTS:
-You tried & won.
-You tried & lost.
-Participation award.
-Maybe the real reward was the friends we made along the way.
• Bonus: Trophy can also be used as an egg cup!
• Makes a funny gag gift, white elephant gift, or stocking stuffer, or a sweet reminder that winning isn't everything
• Great for followers of Adam J. Kurtz, or any fans of sarcasm and dark humor

Adam J. Kurtz is a Brooklyn-based artist and author whose work is rooted in honesty, humor, and a little darkness. His first book,1 Page at a Time: A Daily Creative Companion, has been translated into 15 languages. He's collaborated on products for retailers such as Urban Outfitters, Strand Bookstore, and Fishs Eddy. He has also worked with Pepsi, Adobe, and theNew York Times. In 2016, he was named one ofPrint magazine's "15 Under 30" New Visual Artists.